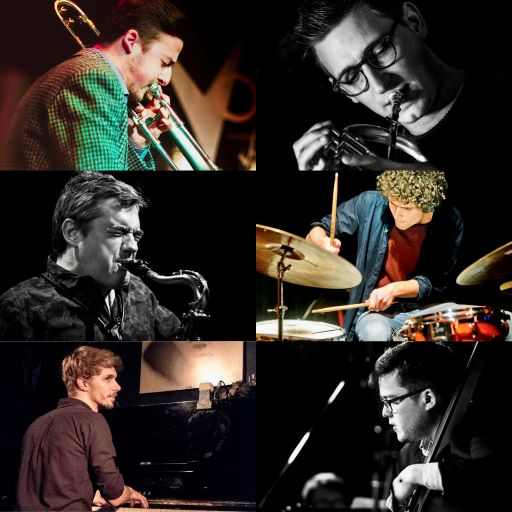 ‘Wakey Blakey’ is a new band led jointly by Rory Ingham and James Davison playing the music of ‘Art Blakey and the Jazz Messengers’ but with the lesser-known sextet line up as exemplified by the stellar 1960s front-line of Freddie Hubbard, Curtis Fuller and Wayne Shorter plus the powerhouse of pianist Cedar Walton, bassist Reggie Workman and Mr Blakey.  This project demonstrates hard bop with a frighteningly fresh feel; the music is wildly high-energy and unbelievably swinging. Featuring some of finest talent on the British Jazz scene:

Of the two joint leaders, Rory Ingham, a first-class honours graduate of the Royal Academy of Music, is also an educator and composer. While still a student he was a runner-up in the 2016 Trombonist of the Year, winner of the 2017 British Jazz Awards Rising Star, and in 2018 winner of the British Trombone Society Awards. – “effortless virtuousity…” Jazzwise,  – “richly melodic…” London Jazz News.

The other joint leader, James Davison, while still at the Royal Academy of Music was winner of both the Smith-Watkins Trumpet Award (2016) and the Musicians’ Company Young Jazz Musicians Award (2018). He graduated with an MA in Jazz Performance.

Apart from the three other younger members of the Sextet, the band features Mark Lockheart, one of the most distinctive and creative musicians on the current British music scene. Mark came to prominence in the mid 1980s with the influential and radical big band Loose Tubes, and much later in 2003 joined the equally influential band of Seb Rochford’s Polar Bear.