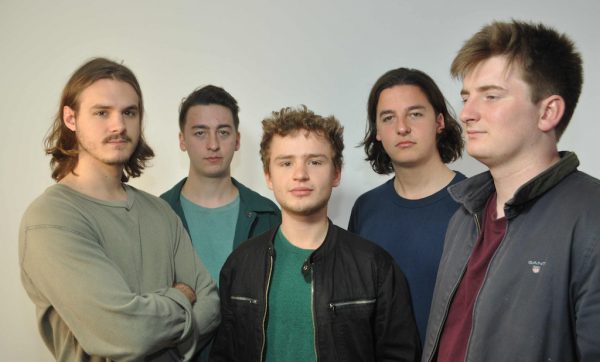 Chosen in the Shape of Jazz to Come in 2018 in Jazzwise, Jam Experiment is an award-winning band based in London, UK. Formed in 2014, they have appeared on BBC Radio 3 and Jazz FM numerous times, and played at leading jazz festivals and venues across the UK including London Jazz Festival, Love Supreme Festival, Cheltenham Jazz Festival, Ronnie Scott’s, leaving audiences in awe. They released their debut album in 2017 followed by a 40 date UK Tour. In the Summer of 2018 they embarked upon a European tour, including appearances in Rome, Berlin, Prague, Kraków and Budapest.

The lineup includes the winner of Rising Star in the 2017 British Jazz Awards, trombonist Rory Ingham, his brother Dominic Ingham on violin and voice, Toby Comeau on piano/keyboard, Joe Lee on bass, and Jonny Mansfield on drums.

Jam Experiment’s sound is dynamic jazz fusion balanced with intricate compositions and adventurous improvisations negotiated through mutual admiration for each other. The band has no leader or rather, each member is the leader; through this process they’ve challenged their own musical boundaries.

“Their ability to connect with the audience was exceptional…This band are bound for great
things. A joy!” – Claire Martin OBE, presenter of Jazz Line-Up on BBC Radio 3.