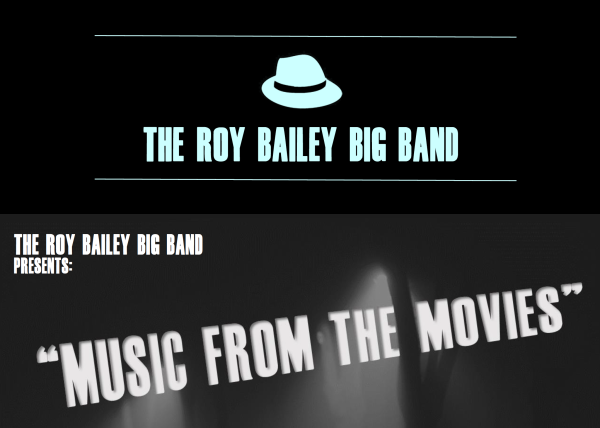 The Roy Bailey Big Band is delighted to be returning to Goring Village Hall on Thursday 1 December.  This time, the band will bring you an evening of wonderful music from across eight decades of cinema!  From the golden age of Hollywood to action heroes, detectives, lawyers, 30-something singletons, secret-agents, monsters, nuns and more! The full big band sound will be interspersed by solo instrumental and vocal features. Swing, salsa, bossa, jazz waltzes and classic rock mixed with brooding film noir soundtracks for the small hours – we have it all. Do join us! 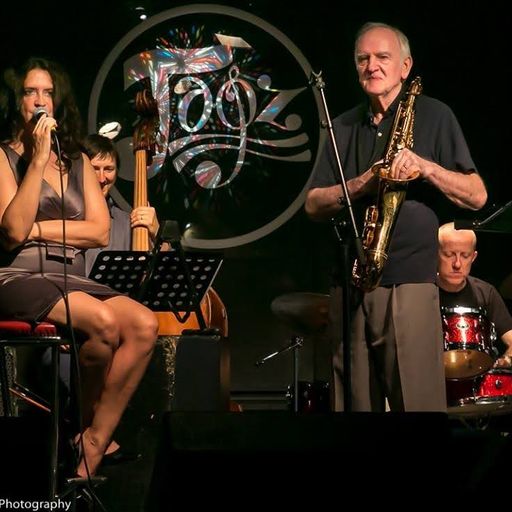 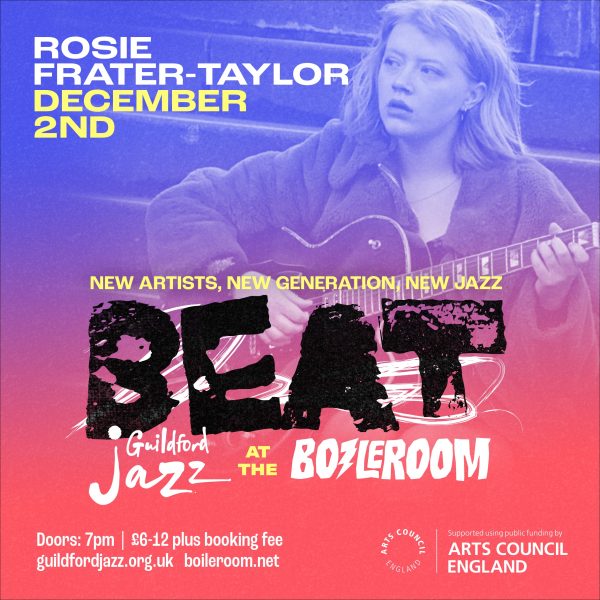 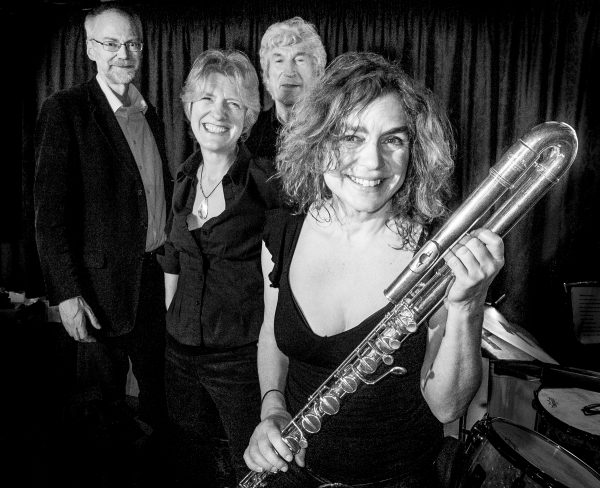 P’Jam is a joyful quartet of musicians who simply enjoy playing jazz together  in sometimes slightly unexpected and spontaneous ways. With a repertoire that  spans Miles Davis to the Beatles, expect an evening of great music in good company! 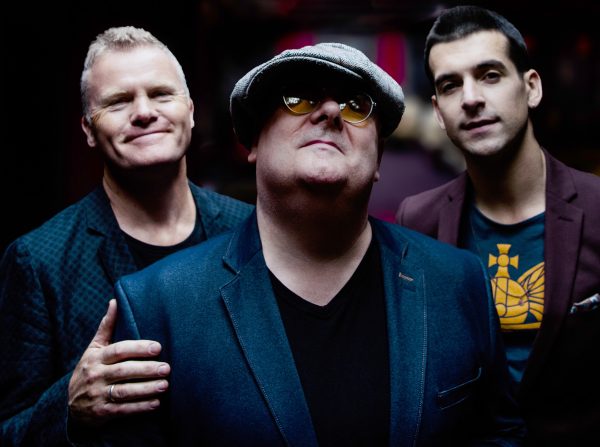 An unmissable start to the Christmas Season! “What’s New“ – an exciting collaboration between three of the UK’s leading jazz musicians in chamber format. Multi-award winning vocalist Ian Shaw, his contemporary the legendary saxophonist and composer Iain Bellamy and one of the finest young pianists of his generation Jamie Safir. Their interplay draws on the connection of Bellamy and Shaw who have known one another almost since the start of their careers. The music is about human connections – friendships, relationships, positive and otherwise – and plunders 80 years of popular song with new arrangements of classics by Bernstein, Bacharach/David, Legrand, Jobim and  Ellington. “Three great jazz voices entwining. Captivating.” Robert Elms, BBC Radio London 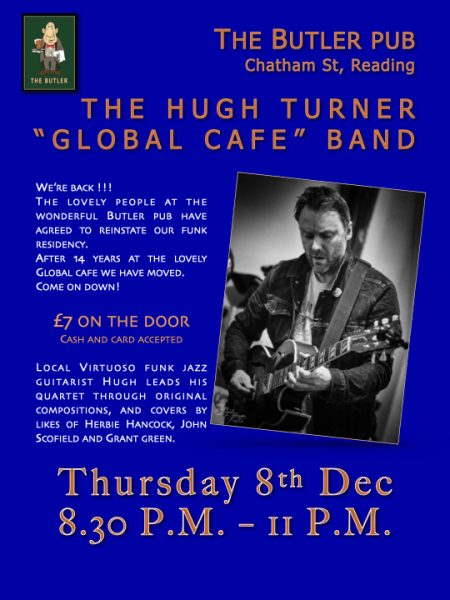 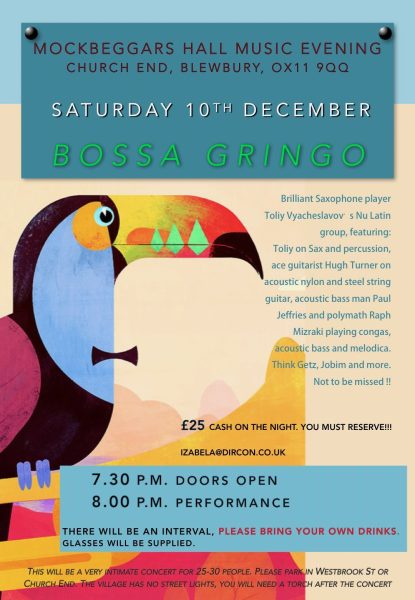 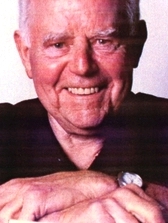 ​​​​​​​A  legend of popular music as well as jazz, the veteran vibes player will demonstrate the many styles of the vibes in jazz. Pay at the door but advance reservation is strongly advised. 01628 486571

“Copperfield” – a new jazz suite from Alan Barnes, touring for the first time this year, takes the audience through the characters and scenes of ‘David Copperfield’.  Readings from the original Dickens tell the story, and after each scene eight virtuoso musicians bring the characters and scenes to life, switching audiences from hilarity to pathos with a skill that would have done credit to Dickens himself! 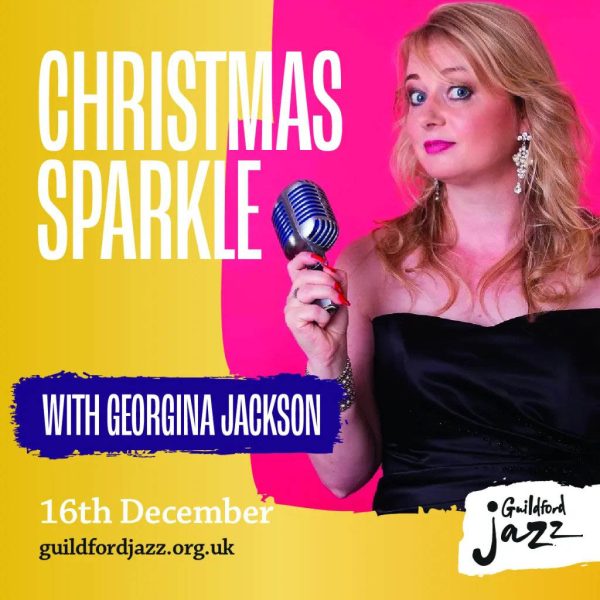 An evening of Christmas Sparkle with jazz vocalist and trumpeter Georgina Jackson. Georgina is widely acknowledged as the finest female lead trumpet player in the country. She is a regular vocalist with Ronnie Scott’s Big Band and has fronted BBC broadcasts with the BBC Big Band and the BBC Concert Orchestra.  With Jim Watson on piano, Matt Home on drums and Guildford Jazz Anchor Marianne Windham on bass.