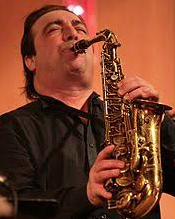 The poll-topping USA saxophonist is on tour and joins Alan Barnes and the resident trio for a potentially spectacular gig. Pay at the door, but essential to reserve in advance for this one – phone 01628 486571 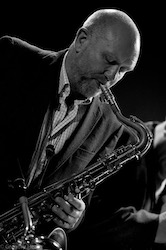 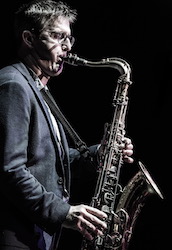 “From A to Z: The music of Al Cohn & Zoot Sims”. Al Cohn and Zoot Sims were two of the finest and most popular tenor sax players in jazz . Musicians loved them and audiences flocked to hear them at their long engagements at the Half Note Jazz Club in New York. Al Cohn wrote the inventive arrangements for this joyous free-wheeling quintet, which they co-led through much of the 1950s and 1960s. In-demand tenor players Mark Crooks and Robert Fowler salute Al & Zoot tonight, with swinging, straight-ahead jazz at its best. Mark works in a wide variety of musical settings including jazz, big band, classical, shows and recording sessions on clarinet and saxophone. He is a member of the award-winning Back to Basie Orchestra and the celebrated John Wilson Orchestra. He has performed with artists ranging from Tony Bennett to Sir Simon Rattle, Lady Gaga to Dame Cleo Laine at venues from Ronnie Scotts in London to the Lincoln Centre in New York. Robert has worked with many bands including The Great British Jazz Band, The Syd Lawrence Orchestra, Redtenbacher’s Funkestra, The BBC Big Band, the Humphrey Lyttelton Band, Alan Barnes’ Octet, The Back to Basie Orchestra and Brian Ferry. He  has collaborated on soundtracks including for Baz Luhrman’s ‘Great Gatsby’ and Sky TV’s ‘Babylon Berlin’ series.