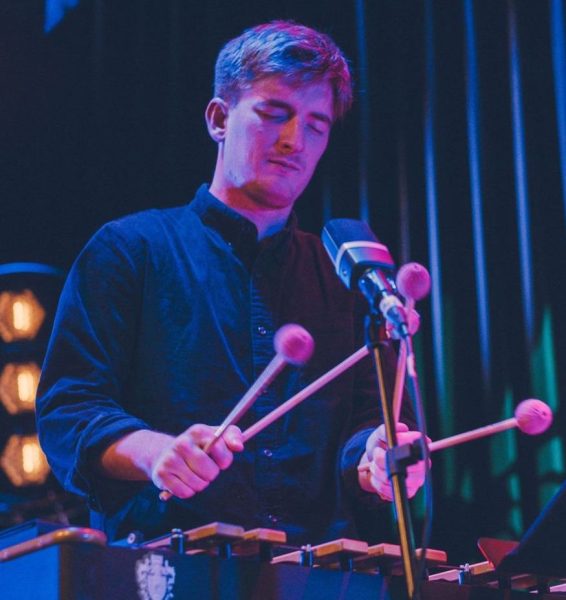 Jonny Mansfield is an award-winning percussionist and composer. He has worked with international artists such as Chris Potter, Orlando Weeks and Yazz Ahmed, performing worldwide. He released his debut album ‘Elftet’ on Edition Records after being awarded the Kenny Wheeler Prize in 2018 as well as being nominated for Ivors Novello composition awards for large jazz ensemble.

The quintet’s music was composed specially for these artists to express themselves fully through their instruments. There is an underlying shared commitment to create beautiful, rich textures through the use of extended string and percussive techniques that allow for familiar folk-like melodies to guide the listener through sonic landscapes. Improvisation is at the core of the performances, which is emphasised by the contrasting musical perspectives each member brings, having grown up in different countries. Influences are drawn from Norwegian drummer Thomas Strønen, Scottish fiddler Aiden O’Rouke and Chilean guitarist Camilla Meza.

‘A musical vision beyond his years’ – Evan Parker